Buffett is all about buying stocks that are cheap and keeping them for the long haul. This investment strategy has made him one of the world’s richest men.

What does his stock portfolio look like right now?

The good news is that you can easily look that up on various websites (I’ll tell you how below).

The bad news is that not all the stock picks are his.

He has two apprentices – Ted and Todd – working for him, and they both have double digit billion portfolios to manage themselves. Sounds like a lot of money, right? But that’s peanuts in Buffett’s world. He has close to 150 billion waiting in cash right now, ready to be invested in what he calls “an elephant size” acquisition.

It’s safe to assume that the top seven are his own investments.

Warren Buffett has been being Apple shares since 2016. The stock price has tripled since then.

He owns almost a billion shares that, at the time of writing, are traded at 117 USD per share.

That means his slice of Apple is worth more than 100 billion dollars.

That’s really a lot of money, and it makes Apple one of his biggest investments.

Apple makes up almost 50 percent of the value of all the stocks and shares that Berkshire Hathaway owns in publicly traded companies.

Bank of America is a very interesting company on the list.

While Buffett seems to be selling most other banks and financial services since the COVID-19 dip in March, he is very actively buying up shares in Bank of America.

His actions seem to be telling us that Bank of America is his bet for the future.

He has more than a billion shares, and they account for more than 9 percent of Berkshire’s portfolio of publicly traded companies.

Coca-Cola is one of Warren Buffett’s most notorious investments, and it goes a long time back.

He first invested in the soft drinks company in 1988 when the share price was depressed due to the flopped innovation called “New Coke”. At the time, Coca-Cola felt threatened by Pepsi’s sweet version of a coke, and they remade their own soft drink into a more sugary version too, but customers disliked it.

They had to go back to the original Coke after a while.

Warren Buffett’s investment in Coca-Cola was a massive bet at the time. He bought 24 million shares worth 1.8 billion dollars – and he wasn’t as big as he is now. Berkshire’s book value at the time (1989) was 4.9 billion.

Would you bet around 20 percent of your wealth on one single company? It says a lot about how bold an investor he really is.

Warren Buffett first invested in American Express after the so-called Salad-oil scandal in 1964 that made all financial stocks fall rapidly.

American Express fell with the market, and after a drop of around 50 percent, Warren Buffett stepped in and bought shares.

He has invested in American Express many times after that.

Warrren Buffett has very publicly said that he is happy with Heinz but paid too much for the Kraft part of the consumer product giant – and that he would have sold it if he could.

Obviously, he couldn’t. It’s still on the list and makes up for around 4 percent of the stock portfolio.

Moody was originally a spin-off of another investment he had (Dun & Bradstreet – he has since sold that).

Warren Buffett has invested in U.S. Bancorp for many years, but after the COVID-19 dip in March, he has sold off slices of it together with many other banks. He has, for example, completely exited Goldman Sachs – as well as all the airline companies he had stocks in.

Berkshire Hathaway owns shares in 49 publicly traded companies, but many of the other positions are investments that Ted and Todd have made.

Ted Weschler and Todd Combs have a completely different investing style from Warren Buffett. They invest in things that he has always avoided, like pharmaceuticals, IPOs and fintech.

How to Look Up Buffett’s Stock Portfolio

The original source is the Securities and Exchange Commission’s website SEC.Org. You’ll get the most reliable data from their site.

The problem with SEC’s site is that it’s not very user-friendly. It will only give you a status update of what Berkshire has stocks in – not what they sold or bought in the last quarter. That means you have to compare data quarter by quarter to figure out what is going on. Also remember, you can only search by company – not the investor’s name.

There are other websites that make SEC’s data more accessible. They are GuruFocus.com, Dataroma.com, and WhaleWisdom. On these websites, they’ll show you the development and let you search by the investor’s name.

Don’t forget the e-book Free Yourself.  It’ll teach you how to calculate how much a company is worth. You can get it for free here. 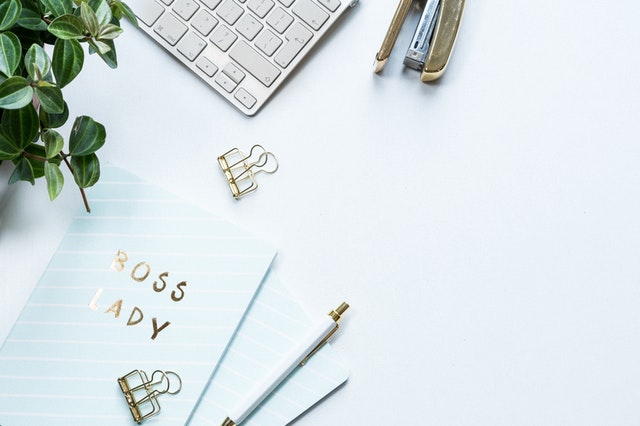 Buffett became a billionaire by investing in stocks, and his method is simple. It’s about buying stocks that are cheap.

Yes, thanks, that sounds easy… But stocks in which kinds of companies? What are the criteria for selecting them? What are the rules?

Here are the investing principles boiled down to five simple rules.

Rule number 1: The Company Must Be Stable

Both revenue and profit should be steadily rising.

This sounds obvious – but a lot of private investors already err here.

They buy stocks in the latest fad, maybe an IPO or a biotech company, without checking whether the company makes a profit. Or they might buy shares in something that they really like or even fall head-over-heels in love with, like Tesla (“what a nice car, and it’s good for the environment!”) without realizing that it’s running on a deficit (Yes, Tesla is losing money).

If there’s no profit, there’s no stability. It’s hard to predict the future, and that makes it hard to assess the value of the company.

Rule Number 2: The Company Must Sell Something You Understand

Buffett says you must invest within your field of competence. This means you need to understand whatever service or product the firm sells.

Lets use the biotech example again. Very few investors really understand what a biotech company is trying to develop. It’s too complicated even for the specialists; if you’re a scientist, you have no real knowledge of the trials within the company.

This means you have no idea what a future product would look like or whether it might be better than a competitors, because it doesn’t even exist yet.

Rule Number 3: The Company Must Have a Future

You should be very sure that the company will be bigger in 10 years. How can you be sure of that?

Is that the case in a biotech company? Can you be sure that they will be bigger in 10 years? If they haven’t developed any products yet, you have no idea whether they’ll even exist in 10 years.

Rule Number 4: The CEO Must Be Trustworthy and Competent

How do you know if the management is trustworthy and competent?

When it comes to trust, you have to use your social skills – just like you would use them when meeting people in real life. Watch videos, read interviews and, if you can, meet them in person. Trust your gut feeling.

Apart from growing revenues and profits, here are some specific things you should notice:

Rule Number 5: The Company Must Be on Sale

You must buy shares when the company is on sale. Even the most wonderful company can be a lousy investment if you buy the shares too expensive.

Buffett says that it’s like buying 1 dollar for 50 cents and that only some people get it. If someone doesn’t get it right away, you’ll never be able to explain it to them.

Do you get the concept that because the stock market is not efficient, you can buy stocks for less than they are worth?

It’s really worth exploring, because knowing how to spot cheap stocks can make you super rich.

Don’t forget the e-book Free Yourself.  It’ll teach you how to calculate how much a company is worth. You cane get it for free here.