The 20 Best Movies About Money and Stocks 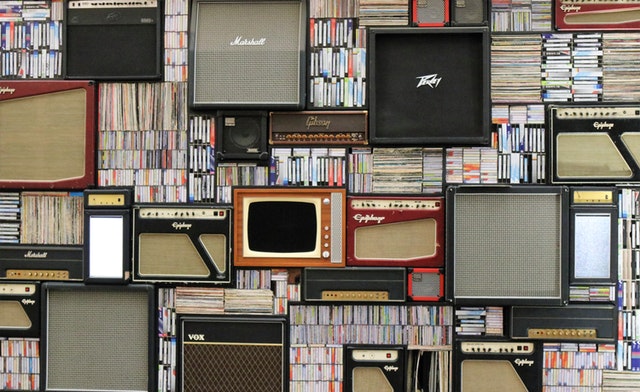 It’s so easy to get sucked up in the fear or the euphoria of the market and forget the bigger picture.

Fortunately, we have so many good movies that teach us about history and about the inner workings of the market.

Why not kick back and enjoy yourself while learning about money and the stock market?

I’ll give you a list of 20 great movies and documentaries (and a few series) that you might enjoy while getting educated about kessef, as Ben Affleck calls it.

Because I’m a big Warren Buffett fan, I must place this documentary at the very top of the list.

It’s educational and entertaining at the same time.

You’ll learn about the power of compounding while laughing about Buffett’s quirks, such as offering his sick wife a strainer to puke in.

You can find it on HBO or on YouTube right here.

The Big Short is based on the true story of how Michael Burry (and others) figured out how catastrophic subprime lending was a long time before the market did.

It’s the story of how they shorted it (which means they betted on a crash) and made a lot of money while the rest of the world shattered.

It’s really amazing how dry financial stuff like explaining subprime comes to life in the movie.

Want an example? You can watch a scene where one of the characters describes the problem with subprime loans right here.

You can find the whole movie on Netflix.

You get an insight into how the management of Lehman Brothers used methods that the mob would envy. They intimidated key female employees to keep them quiet about what was going on.

You really want to evaluate the character of the top management before you invest in a company.

I’ll never forget this clip where Lehman’s CEO Dick Fuld shows us how psychopathic he is. He really does seem like someone who would hire mobsters.

You can find it on Amazon Prime Video and probably other places too.

Oliver Stone’s original movie Wall Street is such a classic that you still have a generation of men trying to impersonate Michael Douglas in his role as Gordon Gekko. You still find them around town with slick hair, wearing light blue shirts, red ties and flashing their suspenders after hours.

Michael Douglas was so good in this role as a corporate raider that he received an Oscar for it.

The most important clip from the movie is probably his “Greed Is Good” speech which you can see here.

You can stream the whole movie on Netflix or Amazon or rent it on YouTube.

Part two of the movie came out a generation later, called Wall Street: Money Never Sleeps, and is worth seeing too.

If you liked Wall Street, you’ll love The Wolf of Wall Street with Leonardo DiCaprio in the role as Jordan Belford.

It’s an incredibly entertaining rags-to-riches and riches-to-jail story with a big dose of cocaine, yachts, prostitutes, parties, fraud, and infidelity.

After watching this clip, you’ll never buy a penny stock again – not if someone’s trying to sell it to you anyway.

You can watch the movie on Netflix.

Margin Call is another story about an underdog who discovers that the market is about to crash.

That’s the same story theme as The Big Short, but while The Big Short is based on a real story, Margin Call is all fiction.

Another major difference is that in The Big Short it’s the outsiders who discover the warning signs, whereas in Margin Call, it’s a junior inside the firm who predicts the crash.

It’s a lot about internal office policy, who gets sacked and who doesn’t and about being impressed when senior management lands in a helicopter on the roof in the middle of the night to fix it.

There are some truly excellent scenes, and Kevin Spacey is superb in his role as the head of the trading floor, a man who cares more about his sick dog than anyone else – including his family.

You can find it on HBO or see the whole thing on YouTube here.

As investors, we do everything we can to avoid losing all our money.

We want to avoid investing in a company that’s at risk of going bankrupt.

We check the numbers… But what if the company cooks the books to hide excessive debt like Enron did?

That’s one reason we want to study cases like Enron closely – to figure out how we can detect any early warning signs.

One key takeaway is that the CEO and the Chairman of the Board began a fire sale of their own company’s shares  – insider trading – and that following how many shares they sold from their private portfolio could have worked as an early warning signs.

That’s why insider trading is a key point on my checklist. You can download my checklist here.

You can find the Enron documentary on Amazon Prime or even on Vimeo.

This is one of the best documentaries about the financial crisis.

It explains the crisis in simple language.

You get the feeling that the investment banks got to party all night without anyone watching over them and no one daring to complain about it.

You can find the documentary on Netflix.

Whereas Inside Job is a documentary, Too Big to Fail is the fictionalized version of the financial crisis.

Too Big to Fail is on HBO.

When  you’re done with the financial crisis, it’s time to investigate the crash of 1929 that reduced the value of the stock market by 85 percent.

Yes, it may happen again. In fact, there are many parallels between today’s stock market and the stock market leading to the crash happening almost 100 years ago (google Shiller PE ratio to find one).

The stock market of 1929 was driven by the naivety and greed of the common investor who invested with borrowed money and based investments on crazy things like the prediction of an astrologist.

Al Pacino, Alec Baldwin, Jack Lemmon, and Ed Harris are on the set when a group of real estate agents get sacked and only have a week to earn their jobs back.

If you ever wonder why people say “Coffee is for closers”, you’ll know after watching Alec Baldwin’s alpha male pitch here. Something about winners driving BMWs and losers driving Hondas… and you only get to have a cup of coffee if you closed a sale.

You can watch it on Amazon Prime.

Welcome back to the traditional Wall Street crook movie where a young man discovers how corrupt Wall Street is and gets involved in all sorts of trouble like selling shares in firms that don’t even exist.

This movie contains another famous alpha male peptalk here. In Ben Affleck’s version of the money monologue a winner drives a Ferrari.

You can watch the whole thing on Vimeo here.

Rogue Trader is a British movie based on the biography of Nick Leeson, a trader who caused the 1995 collapse of Barings Bank.

It begins with a little mistake on the trading floor that he tries to cover up, but it only becomes worse and worse. It’s pretty cringeworthy until it becomes straight out terrible and brings down the whole bank.

Apparently, the autobiography – the book behind the movie – is supposed to be even better.  You can watch the movie on YouTube here.

With Equity, you’re back in the Wall-Street-is-corrupt genre.

But this time a woman is in the lead role, and that makes it stand out. Part of the theme of the movie is the trouble of a woman on Wall Street.

You can watch Anna Gum’s version of a Greed-is-good speech here.

You can watch the movie on Amazon Prime.

Because it’s the newest documentary about the financial crisis, Panic has sources revealing things that were previously not able to be talked about.

In Money for Nothing, you’ll learn about how the Fed prints money, and what the problem with that is.

This documentary will make you think twice before investing in Chinese firms.

It’s researched and produced by the same team that made the Enron movie.

Because of the urgency and relevance of this movie, you could definitely make the case that it should be placed higher on the list.

You can see it on Netflix.

Billions is a fiction series, so here is something to keep you entertained night after night.

It depicts a battle between a New York attorney and a billionaire hedge fund manager.

You can watch it on Amazon.

Wall Street Warriors is a reality TV show about 10 people who deal with big sums on Wall Street.

You can see it on Amazon and some shows on youtube.

The series Explained on Netflix has some episodes that are relevant and very useful.

Don’t miss the one about the stock market. You can find it here on YouTube.

Don’t forget to read this free e-book that explains how you invest like Warren Buffett’s. You can get it here.