What Guy Spier Can Teach You About Life And Investing 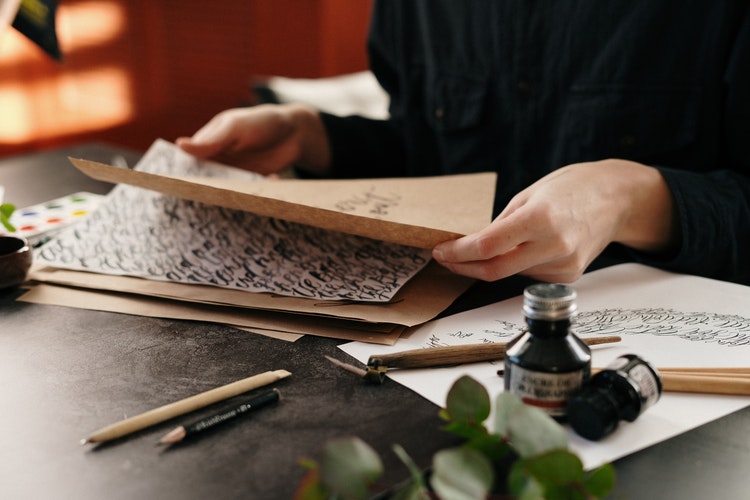 He began his career as a Gordon Gekko wannabe, but changed his mind and his life and became a value investor who models Warren Buffett.

Guy Spier wrote the book The Education of a Value Investor about the journey he went through as a human being and as an investor.

The book contains many interesting points about investing, but it’s much more than that. It’s also a personal development book, and as such it’s one of a kind, as it integrates it with investing.

As Guy Spier points out, everything is interconnected. His original motivation for changing his ways had been to boost his returns, but the decisions also led to a better life.

Here are the ten key points I took away from the book:

“We like to think that we change our environment, but the truth is that it changes us.”

You have to carefully choose the right environment.

You must choose carefully who you work with, who you socialize with, and ideally you should choose to hang out with people who are better than you so you can become more like them.

You must also consider your physical surroundings.

Spier has built an environment around him that suits both his restless personality (he has ADD) and the flawed human brain (more on that later):

He decided to move from New York to Zurich. He wanted to imitate the peaceful environment Warren Buffett has created in Omaha (he even considered moving to Omaha).

Spier realized that he needed to live in a location where he could think calmly and invest for the long term without the pressure of other people’s expectation. New York had become too much of a pressure cooker, in particular during the financial crisis.

“Boring is good. As an investor, that’s exactly what I want, because distraction is a real problem,” he explains in the book.

He chose a neighborhood that was not too posh. He didn’t want to be near any influence that would make him envious, greedy and make him take bad investing decisions.

“Super rich settings are not ideal for me since they stimulate unhealthy appetites.”

He decided for an office ten minutes away from home.

“This is close enough to improve one’s quality of life, but far enough to establish a separation between work and home. For people like me who get obsessive about their jobs, it’s useful to have this separation.”

He carefully designed his office so there were few distractions. He set up a quiet room for reading and a busy room with the Bloomberg monitor that he finds very distractive.

He thought carefully about the pictures and the decoration. He placed a bronze bust of Warren Buffett’s partner Charlie Munger in his office to have him present in his mind during the investing process.

It’s a human instinct to copy the people around us.

You can use this instinct actively by consciously choosing to copy the best in the world. Choose a hero and ask yourself what they would have done in your situation.

The key is to be as precise as possible, picturing your hero in as much detail as you can.

Guy Spier chose Warren Buffett, and the process of modelling changed his life.

“It was as if I had tuned in to a different frequency. My behavior shifted, and I was no longer stuck.”

3. Show Genuine Interest in Your People and Write Thank-you Letters

Guy Spier discovered that Warren Buffett was a Dale Carnegie fan, and he decided to read and follow the guidelines in Carnegie’s book How to Win Friends and Influence People.

He discovered that Warren Buffett not only compounds money but also goodwill and relationships. The main idea of the book is to show genuine interest in people and appeal to their self-interest.

Spier began approaching people with an attitude of curiosity, kindness and gratitude and discarded any agenda. As he writes: “When you have an agenda, people smell it, and this tends to put them on the defensive.”

He also decided to write three thank-you letters every day. He viewed every letter as an invitation for serendipity to strike. It was through one of these letters that he built a friendship with the famous investor Monish Pabrai.

In order to be a good investor, you need to build a calm and enjoyable life.

“It’s hard to invest well if your non-investing life is out of whack, in chaos, or stunted.”

Spier discovered that he had taken a serious approach to life and investing. Inspired by Warren Buffett who says he tap dances to work, Spier decided he rather wanted a happy life and not necessarily the biggest fund.

“When you drop a stone in a calm pond, you see the ripples. Likewise in investing, if you want to see the big ideas, I need a peaceful and contented mind.”

One of the new hobbies was bridge (Buffett plays bridge too). He discovered that bridge can help you hone your skill as an investor:

“If I were putting together a curriculum on value investing, bridge would undoubtedly be part of it,” Spier says.

“They key, perhaps, is that many investments are acutely uncertain, but not as risky as they might first seem.”

Another game that hones your skill as an investor is chess. It improves your skills of analysis and pattern recognition.

5. Respect the Limitations of Your Brain

The mind is ill-suited for the task of investing. When we invest, we presume that the rational part of our brain will make the decision, but the problem is that a sub-rational and more instinctive part of the brain takes the driver’s seat.

You really have to protect yourself from this part of your brain. For Guy Spier it meant protecting himself from the Bloomberg terminal and the noise of the market.

“The terminal delivers such a relentless flood of news and data into the investor’s brain that it’s hard to muster the self-discipline to turn off the spigot and concentrate on what matters most.”

For other people it might mean staying away from certain podcasts or social media.

6. Stay Away From Debt

Debt can interfere with your ability to act rationally, and it can make it hard for you to remain calm and clearheaded when stocks fall.

Spier made a conscious decision never to live beyond his means. He avoids credit card debts, leasing cars and even a mortgage on his house.

“For an individual investor, debt can be disastrous, making it even harder to stay in the game – both financially and emotionally – when the market turns against you”.

7. Have Some Rules for Investing

Before pilots take off, they have procedures, rules and checklists that they follow in order to make sure that the flight is safe and smooth.

Have you ever considered adopting rules and checklists for your investing practice? Guy Spier generously shares his:

If you want to read more about Guy Spier’s investing rules, you can go to the blog post where I described them in detail here.

8. Build Your Own Checklist

Recall the investing mistakes you have made, work out why they happened and if there was something you should have noticed beforehand.

Create a checklist from that list, of things you must consider before you invest. This will help you avoid preventable mistakes.

The idea comes from Atul Gawande who wrote the bestseller The Checklist Manifesto: How to Get Things Right.

Where to begin? You are welcome to borrow my 12-point checklist and build from that. You can download it here.

Spier never says this explicitly, but it’s written between the lines. He’s an avid reader and learner and the journey he underwent was mostly inspired by books, lectures and seminars.

Some of the books he mentions are:

The Intelligent Investor by Ben Graham

How to Win Friends and Influence People by Dale Carnegie

Buffett: The Making of an American Capitalist by Roger Lowenstein

Journey to the Ants by Bert Hölldobler and Edward O. Wilson

Power vs. Force: The Hidden Determinants of Human Behavior by David Hawkins

The Black Swan: The Impact of the Highly Improbable by Nicholas Taleb

Influence: The Psychology of Persuasion by Robert Cialdini

– and many, many others.

He also went to a Tony Robbin’s seminar (Unleash the Power Within) and listened to a CD with a lecture by Charlie Munger called The 24 Standard Causes of Human Misjudgment. Of course, he also mentions Tedtalks and news articles.

The point is that he spends plenty of time reading, studying and learning (in whatever shape it may be) and so should you, if you want to be a good investor.

1o. Create a Group of Masters Around you

You must create a mastermind group.

The idea comes from the book Think and Grow Rich by Napoleon Hill, and the concept is to find eight to ten professionals that you can share issues with confidentially, guided by a moderator.

One person gives a presentation of an investment idea, and the others subject it to clarifying questions so the idea opens up to examination.

Previously (in his former life), Spier was lucky to create a group of peers in New York that included the notorious investor Bill Ackman.

In his new life, he joins a mastermind group for a three-day retreat twice a year to discuss whatever comes up.

“For me, meetings like these have been the single best accelerator of inner growth,” he says.

Want to keep learning? You can learn to invest like Warren Buffett here. By entering your email, you become part of my e-mail list.  A couple of times a year, I arrange new mastermind groups that you could choose to join. If you can’t wait for that, you are welcome to join my free Facebook Group here.