How to Protect Yourself From the Threat of High Inflation 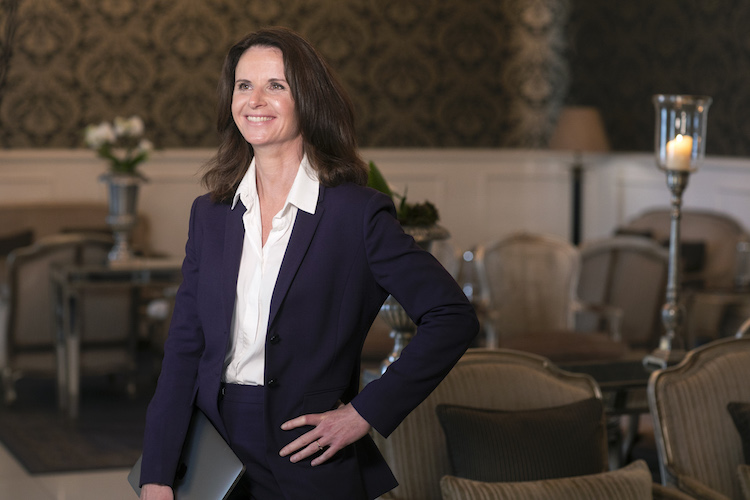 Inflation is a threat because it erodes the value of your money.

Inflation is also a threat because it can indirectly lead to a stock market crash.

When inflation rises, the national banks around the world will eventually have to let interest rates rise to curb that rising inflation.

A hike in interest rates can cause the stock market to tumble.

If the US Federal Reserve (the Fed) raises interest rates in the US abruptly, it can actually cause a stock market crash.

We have had a taste of this several times in recent years, including in 2018 when the Fed raised interest rates four times in a row. Stock prices began to tremble… and fell sharply in late 2018. This led the Fed to lower rates again out of concern for a stock market crash, and the market calmed.

We have had low inflation and low interest rates for many years.

Why should that change now?

Because a lot of money has been pumped into the economy following the start of the COVID-19 crisis.

I won’t go into too much detail about M1 and M2 and other measures for money supply in the US to avoid making the text heavy and difficult to read. You can trust me (or google it) when I say that the Fed has pumped money into the system at a rate we haven’t seen before – not even during the 2008 financial crisis.

When large amounts of money are pumped into the system, it causes prices to rise.

Inflation in the United States has been around 2 percent for many years (on average from about 2000 until recently). This spring we saw a spike. It doubled and measured around 4 percent in May (PCE index).

Fed chairman Jerome Powell assured that the price increases are a passing problem… but he would have to say something like that to calm down the market (imagine he said the opposite – that alone could cause a crash).

Many economists are talking about the threat of rising inflation. Some even talk about possible hyperinflation.

The question I want to answer here is:

What can you do to protect yourself from inflation?

Should You Stay in Cash?

If there is an imminent threat of rising interest rates and falling stock prices, can cash be a solution?

In the short term, it’s fine to have cash so you’re able to take advantage and buy shares in the event of a stock market crash, but in the long term, cash is the worst asset group to hold.

Why? Because of the obvious fact that the value of your money will erode.

The advantage of gold is that the amount of it is limited. This means that it keeps its value over time (and even increases in value).

The problem with gold is that it’s a piece of metal that can’t invent products, employ people, or innovate. It’s not as good an asset as stocks over time.

This way of putting it comes from Warren Buffett.

He illustrated the problem with gold at the 2018 Berkshire Hathaway annual meeting.

If you had invested the same amount in the stock market (the Dow Jones index), that amount would have become $ 51 million.

That’s a wild difference, right? A bit of an eye opener.

Why Shares Are the Best Protection

When you buy shares, you are buying a small stake in a company.

Good companies are able to protect themselves against inflation.

You need to find companies that can let their prices rise with inflation – or even above inflation.

If everything rises 4 percent, would you stop buying toothpaste or juice because they also rose 4 percent?

Hopefully the wage level will rise with inflation anyway.

Some companies are even better at protecting themselves because their customers aren’t so sensitive to price hikes.

I remember buying an iPhone 7 in 2016 and for a brief moment realizing that I was paying much more than I had previously done for an iPhone 4.

It was more or less double what my previous phone had cost.

But then it wasn’t the same phone at all. It had a better camera, improved features, and a lot more memory.

I know Apple has cheaper phones than the newest Pro Max, but I didn’t want the cheapest version.

I wanted the best tool I could find, because I use the phone to make YouTube videos and Facebook Lives, among other things.

… But Don’t Invest Blindly in Stocks

When interest rates rise, there is a risk that stocks will fall drastically.

Did you know that it took 29 years for stocks to regain what they lost after 1929?

Warren Buffett’s lineup with gold and stocks would have looked completely different if he had compared their development with 1929 as a starting point.

We are in a historic stock bubble right now that makes 1929 look like a kindergarten day trip.

This means that shares are more expensive relative to their earnings today than they were at their peak in 1929.

In other words, you can’t just put your money in an ETF that follows a stock index (such as the Dow Jones index from Warren Buffett’s example).

You risk having to wait almost 30 years for your money to recoup.

What do you do instead?

You invest intelligently in stocks.

You need to invest with an eye on how expensive a company is trading on the stock exchange, and you have to make sure that you invest when it’s cheap or reasonably priced.

You can read much more about this in my free e-book here.