How to Set Up Your Investing Practice 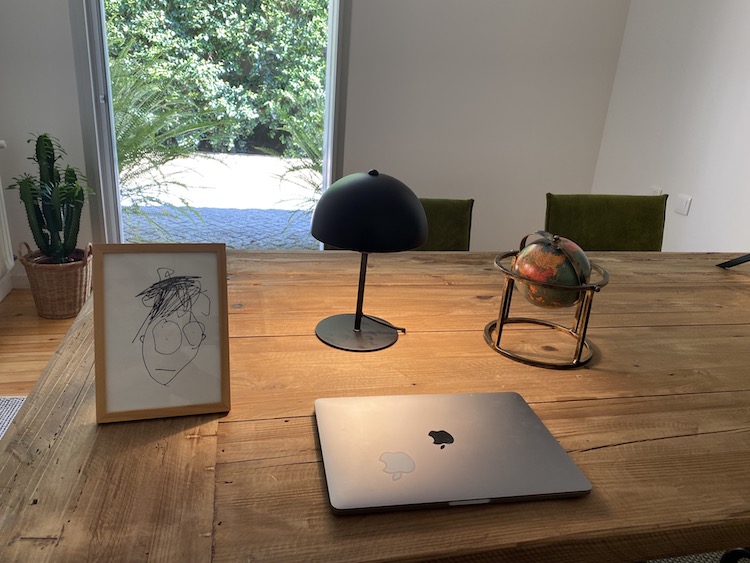 I once read a blog post that changed my life.

It was about running and maintaining the new exercise habit.

According to the blogger, all you had to do was put on the running shoes first thing in the morning.

In fact, he said you should sleep with the running shoes right next to your bed.

That was the key to your success as a runner.

Just that. So simple.

Now you’re probably wondering what this has to do with investing?

I’ll get to that. First, I just need to explain what’s so important about that simple piece of advice.

When we have to implement and maintain habits, it’s rarely the main action itself that’s difficult. It’s often all the preparation stuff around it.

It can seem so overwhelming to get stuff done. But often it really just requires five seconds of bravery. Which is the time it takes to get those running shoes on.

In other words, the biggest obstacle is getting the running gear on. Once it’s on, it’s so simple to run a few steps. Once you’ve run some steps, you might as well run a bit longer.

If you want to run, you need to place those running shoes in a strategic location so it becomes a habit for you to choose them in the morning.

That’s all you have to do.

When I read this, it dawned on me that this piece of advice can be applied to almost everything else in life.

I implemented it in my eating habits. I had decided I wanted to drink fresh veggie juice every morning.

It was usually never a problem to drink the juice. It tasted good.

The biggest obstacle was getting the juicer ready and peeling the vegetables.

For me, it made a big difference that I – after reading about running shoes by the bed – chose to place the juicer in a central place in the kitchen, where it was more accessible and ready to be used.

Now we come to the part about investing.

The point here is that you need to place whatever stuff you need to do your investment practice in a central location in your life.

So what are “running shoes” equivalent to in the investing world? It’s the space where you do your research and do the actual trading.

You need to prioritize creating a specific space where you can do the work.

If you always have that space set up, there is a greater chance that you’ll get it done.

In this blog post, I’ll give you my five tips to creating that space – even if you can’t set up a home office.

1. Create a Permanent Place in Your Home or Office

In the ideal world, you would have an office where you could research companies and read news.

Having a nice office with all the material you need to read and think and trade is a bit like having the juicer standing on the counter so you get right to it.

But a lot of people don’t have enough space for a home office.

You can still create a place that you know is your designated investing space.

If you’re going to sit at the dining table, choose a place other than the one where you usually eat. In this way, you can physically feel what role you’re entering when you sit down.

I did that for years.

I would eat on one side of the table where I was facing my kids and had my back to the kitchen.

When the kids were asleep, I would clear the table and sit on the other side of the table, where I was physically a bit removed from entering the kitchen. I was now in my investing and working “seat.”

I would advise you to have your investing stuff ready in a box so you can quickly pull it out and set it up. That’s the next best thing to having an office.

If you surround yourself with a lot of tiny unmade decisions when you have to make big decisions, you will have a hard time focusing on what’s essential.

Yes, it sounds simple, but many people forget about the details.

You need to make sure that it’s physically comfortable to sit there.

Are your feet grounded? Do you sit up straight in the chair? Is the table the right height? How does it feel to sit down? Do you feel joy in your body, or do you prefer to avoid sitting there?

What are you looking at? A wall? Or a view?

If you’re sitting at a seat at the dining table, you want to invest in a proper office chair instead of a dining chair with a hard seat.

The little things can make a big difference in the long run.

4. Think About What You Need and How You Move

I once asked my maid where she wanted some hooks to be placed. It was fascinating observing her make the decision.

I watched her mime the movements she did when doing dishes and cleaning before she responded. She tried several spots and shook her head before choosing the right one.

She wanted the hooks exactly where she would naturally stand when she needed to use a tea towel or a rag or some oven mitts.

If there is something you need to use often, e.g., a notebook, a pen, a calculator, or some investment books, make sure it’s within reach.

It’s annoying to have to look for things or get up to get them when you’re in the flow.

5. Place Something That Inspires You In Front of You

Yoga and meditation schools often have a picture of a distant guru in India hanging on the wall.

Why? Because it’s inspiring and motivating.

It reminds them of the philosophy behind the movements they make.

You want to find something similar. Choose something that makes sense to you.

What should that be?

Ask yourself: Why do you invest? Who or what motivates you? What got you started?

For me, my children are my biggest inspiration. I want to be bigger, better, stronger, kinder, and wealthier for them.

I like placing either a picture of them or a drawing made by them within view.

Currently, I have framed a drawing that my oldest son made when he was around two. It’s a peculiar drawing of me, and it reminds me that my kids are always observing me, and that they’re constantly judging the whole world based on what they see me doing.

That’s one important reason for doing “the right thing”.

The right thing in this context is to invest conscientiously, long-term, and with calm and patience.

What values ​​would you like to implement in your investments? Who or what inspires you to be that person?

In my e-book Free Yourself you can learn about investing in the stock market the way Warren Buffett does it. You can download it here.