Five Reasons Why You Should Have a Prenup Contract 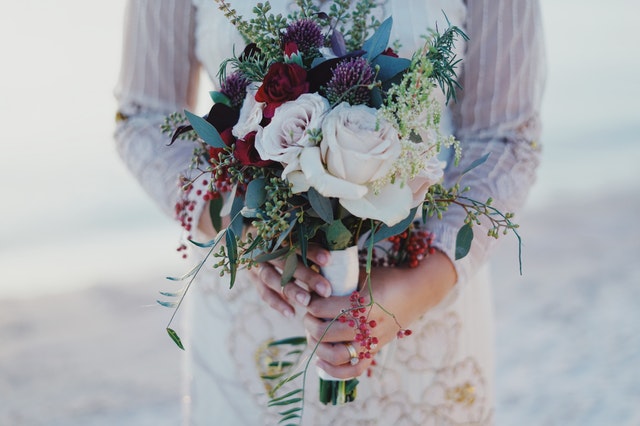 Only a minority of couples sign a prenuptial agreement – a prenup, for short – even though it could have a positive impact on the relationship.

It’s a shame, because there are many benefits to being clear about what should happen financially if you separate – even if you never do.

Obviously, most people get married with the intention of staying together. It can feel awkward to enter a conversation – even before you are committing – about what needs to happen in case it doesn’t work out.

But the truth is there’s no better time to talk about it than while in love and looking forward to a future together.

It can be trickier to enter that conversation later in the marriage as it might create confusion and doubt as to whether one is heading out.

What is a prenup and what does a prenup usually contain?

It’s written agreement spouses enter into about what should happen financially if they separate.

You can decide if everything should be split 50/50 or if there should be separate ownership over certain things. You might want to protect an inheritance, a business, maybe some properties that have been passed down through generations, or just some special jewelry.

Why make a marriage contract at all?

1. You Must Be Able to Talk About Money From The Beginning

It may well be that it’s uncomfortable to talk about money and when love shows up and you’re eager to demonstrate how committed you are.

But even the biggest romance will have to deal with the practicalities of life, and your relationship improves when you practice dealing with it.

Now that you’re starting a conversation about the future, it’s also a good idea to talk about other expectations, such as how you expect to divide the tasks if you have children.

2. With Separate Property, You Are More Motivated To Create Your Own Future

The American comedian Ali Wong, who is known from the Netflix series Baby Cobra and Hard Knock Wife, has said that her prenup motivated her to succeed and make an effort with her career.

She is married to Justin Hakuta, the son of a businessman who became rich by creating an octopus toy called Wacky Wall Walker that can crawl down a wall.

When Ali Wong and Justin Hakuta were to marry, Justin’s parents demanded that Ali sign a marriage contract so their son’s future fortune would be protected.

It must have hurt a little, because before they got married, Ali Wong helped her future husband pay off a $ 70,000 student loan with her own money. His future fortune was secured, but she had paid off his debt “for free.”

Yet she is deeply grateful for the marriage covenant.

“I was very motivated to make my own money because I signed a document specifically outlining how much I couldn’t depend on my husband. My father always praised ‘the gift of fear,’ and that prenup scared the shit out of me. In the end, being forced to sign that prenup was one of the greatest things that ever happened to me and my career,” she writes in her memoir Intimate Tales, Untold Secrets and Advice for Living Your Best Life.

What if you’re the one with a fortune? You might be happy in the future that you protected it.

This is what happened to singer-turned-business woman Jessica Simpson. She has written about the subject in her memoirs, Open Book.

She married pop star Nick Lachey when she was 22 and he was 31. He was older, further in his career and had more money than she did.

He actually proposed signing a marriage contract, but she got offended and rejected it, saying that they were going to be together for the rest of their lives.

When they were about to divorce, she had a fortune of about $35 million, while his fortune was about $5 million.

She gave him whatever he wanted to get out of it. She says so in her memoir, but she doesn’t go into details as to how much she gave him.

According to the press, he got about $10 million – almost a third of her fortune.

But what’s worse: He received the right to 1.5 % of the turnover from her beauty line.

Which brings us to the next point…

3. You Can Protect Your Assets

Jessica Simpson promised 1.5 % of the turnover from her business away to a man she was married to for three years.

It must be a bitter experience that a person you’ve been married to for a few years is entitled to your future income from a business that should be entirely yours because it’s your idea and your work.

It’s one thing when the parties have earned roughly the same and share everything 50/50 in the end.

It’s another matter entirely when one person is entitled to the other person’s future income.

It must be extra bitter if it’s the result of an unhappy marriage.

Jessica Simpson explains in her book that she and her ex-husband argued a lot and that she felt he was opposing her success.

Now he can reap the fruits of it forever.

A relative of mine experienced something similar.

She married a man who lived across a continent. To be with him, she resigned from her corporate job, moved to his city. To make money, she started a consulting business.

The marriage was short and not very happy.  When they divorced, he was entitled to a portion of her income from her consulting business. Ten years later, she was still paying him.

I’m not a lawyer and don’t understand the technicalities, but he must have argued that she couldn’t have built it without him and that it was an asset that should be shared.

Obviously, if you divorce, the assets will be divided. Your stock portfolio, the properties, the jewelry, risk being split between you – unless you make sure it’s protected in your prenup.

4. You Make the Decision

If you don’t sign a prenup, there will still be a prenup, but it won’t be you who decides what it looks like. It will be up to the local legislators and the interpretation of the divorce lawyers and judges.

Would you rather close your eyes and hope for the best?

Or do you want to make an informed decision?

The least you can do is familiarize yourself with the local legislation so you know which prenup you are entering if you don’t actively choose one.

5. You Protect Yourself From Someone Else’s Debt

Now we’ve talked about assets that will be divided.

But there’s also something else you need to think about: debt.

What if your partner builds up debt?

The most glaring example could be marrying a gambling addict who has built up a gambling debt. That might become your debt too.

When you walk around with a sleeping baby in a stroller, you talk about whatever is on your mind.

She was worried about the debt she was burdened with from a previous relationship.

Years before, she had been in a short and unhappy marriage. She had moved on and had found herself a man who treated her well, and they had a baby.

The ex was still on her mind though. He had made a bad real estate investment during the financial crisis, and when they split up, they parted burdened with a mutual debt.

It was becoming clear to her while she was walking with the stroller that she would only have one child.

The new parents lived in a one-bedroom apartment, and they would probably continue to do so.

It hurt her that they probably wouldn’t be able to afford a second child because of the debt she had from a previous relationship.

There was barely enough room for one child in the one-bedroom apartment. Indirectly, her ex-husband helped decide how many children she could have later on.

Is It Too Late?

If you’re already married, is it too late to get a prenup?

No, of course not. You can sign one whenever you want, and you can change it later.

What’s the next step?

I’m a big proponent of getting help from the best. The next step, of course, is obvious: you need to talk to a lawyer who specializes in prenups.

How do you persuade your partner?

Explain to your partner that there is already a prenup, but it’s the local legislators who make the decisions for you, unless you create one yourself.

I would go with honesty and explain what is important to you and what benefits you see in it for your partner. After all, a prenup is not always something that puts the other at a disadvantage. It can also create security for both parties.

What points should you bring up when discussing it?

It really depends, because prenups are different.

Some people want separate property, and others want to clarify some rights to ensure that their partner is financially secure.

The most important thing is that you enter your marriage informed and well-prepared.

I’m not an expert on prenups. I am an expert on building wealth. Learn how to create a fortune by investing in stocks in my e-book Free Yourself. You can download it here.