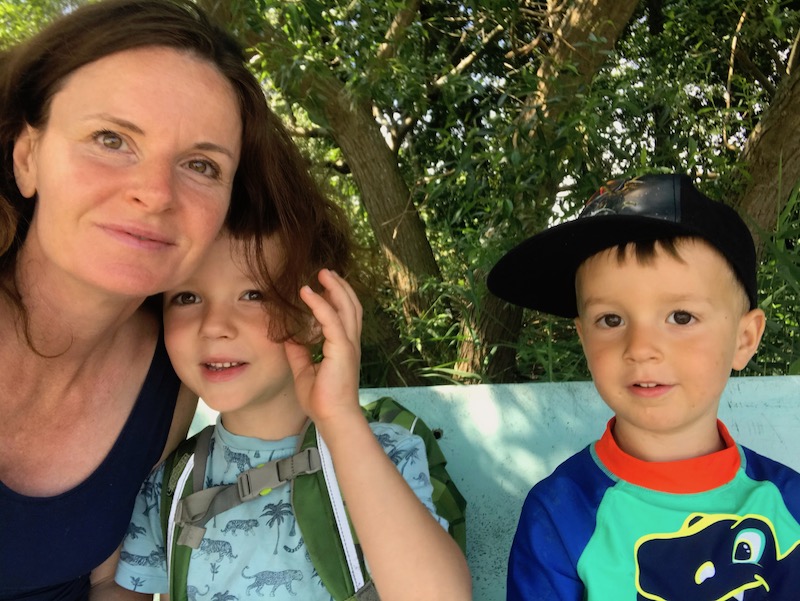 You’re shopping for groceries when your kid begs you to buy a toy that he or she has spotted while you were walking around looking for organic oatmeal.

The kid says in a whiny voice: “But all my best friends have it.” Or. “But you NEVER buy me anything!”

What do you say?

Do you sometimes give in, and other times slip in a comment that you can’t afford it?

You are teaching your kids a poverty mindset.

I know you didn’t mean to, but you are teaching them that money is out of their control, better spend what they can quickly since the flow is irregular and moody.

Oh well. We’ve all been there. Me too.

Today is the first day of the rest of their childhood.

Let’s get inspired by those with an abundance mindset. What do rich people teach their kids about money?

1. They Talk About Money

They talk about money, and they are not ashamed of it. It’s a welcome and natural aspect of their lives. Something to be addressed.

They talk with their kids about how much things cost, and they compare it with the cost of other things.

They tell them what they are saving for and how much they look forward to buying it.

They tell them about earning money and investing money. It’s not a taboo.

2. They Teach Them to Manage Money

They don’t stop at talking about money.

They teach them how to manage it.

They give them pocket money that they have the full control over.

When I was a kid, my father gave me pocket money, and I remember the joy of counting the coins in my tin box and looking forward to buying a new tiny thing for my doll house.

I remember when I was older, I looked forward to buying the best roller skates I could get.

I really treasured the toy that I bought because I had waited for it and ignored other tempting things in order to finally be able to buy it.

Give your children pocket money from the time they are big enough to count to ten.

When you let go, they learn valuable lessons that only experience can teach them. They learn how to direct and manage their money.

It’s much better to be a little generous with the pocket money and stop giving them random things that they ask for.

Look at your monthly account statement. How much do you actually spend on miscellaneous things like snacks and toys for your kids?

Give them the ability to control that money instead. The lessons they learn will be very valuable – much more valuable than the pocket money itself.

3. They Teach Them Abundance

You must stop saying scary things like “we can’t afford that”, or “you are ruining me”.

Now, you are probably thinking that it’s easy for rich people to avoid saying they can’t afford something, since they have a lot of money.

But honestly, admit it, you’re saying this to your kids even when it’s not true, right? It’s just something to say, like an automatic response.

Teach them that money is not a limited resource. There is plenty of money – you just need to figure out how to make more of it.

If you think of money as limited, you will never really feel comfortable earning lots of it, because you will feel that you are taking something from someone else. What you get is something someone else is not getting.

But it isn’t like that. When money flows fast, there is more of it. It’s not like a cake that can only be eaten once. Money is unlimited.

Teach your kids that there is plenty for all of us. Tell them that.

4. They Teach Them to Make Money

Let them make money. Let them experiment and be creative with it.

Earning money will give them valuable lessons for life.

If they ever need money in the future, their brain will be conditioned to think of solutions – instead of being conditioned to ask their parents for money to fix the problem.

5. They Teach Them About Assets and Liabilities

They teach them that some belongings cost money.

They teach them how some belongings make them money.

Let your kids get a taste of it from an early age.

A liability might be something small like having to pay for pet food. They get used to considering recurring costs and taking responsibility.

An asset could be getting interest on money saved in their piggy bank. It doesn’t have to be big. It’s a question of getting used to the concept of money flows created by assets and liabilities.

6. They Teach Them About Patience and Postponing Needs

You’ve probably heard of the marshmallow study that had kids sitting in a room with a marshmallow in front of them, and testing whether they could postpone eating it.

They were told they would get a second one if the marshmallow was still in front of them when the grown-up returned.

Follow-up studies showed that the kids who managed to distract themselves and control the impulse to eat the fluffy sweet were more successful later in life.

The conclusion was that postponing your needs and controlling your urges are important skills to master.

How do you teach that? Well, you are well under way in letting them manage their own money. They will learn to let some things go in order to get what they really want.

There might be other exercises that you can think of in your everyday life.

7. They Teach Them to Be Consistent

Success is the result of consistent action.

I really got that the day my English teacher said that if I learned one new word every day, my vocabulary would increase with 365 new words in a year. Two new words a day would be 730 in a year. One or two new words a day seemed like such a little effort, and the result after a year seemed enormous. I decided to learn five new words a day. I lived in Denmark at the time and wanted to move to Canada where my older sister lived.

8. They Teach Them to Take Care of Themselves

We all know some adults who approach life with the attitude of a sulking child.

You know who I mean.

The person who feels like life or certain people around them owe them something.  The person who is still expecting to miraculously be saved by a shining knight. The person who can still talk at length about how their sister got more from their parents than they did.

These people. Those who feel it’s someone else’s fault that they did not get what they want.

Rich people make their children aware that no one owes them anything and no one is going to save them. If they want something, they have to make it happen.

9. They Teach Them to Solve Problems

If you want to get rich, you have to either solve a big problem or solve a problem for a lot of people.

Train your children to think in terms of problems that have to be solved, and they will never go hungry. It’ll make your children great entrepreneurs or leaders.

10. Teach Them the Basics of Social Rules

One of Warren Buffett’s favorite books is Dale Carnegie’s How to Win Friends and Influence People.

It has taught Buffett to be diplomatic, and Dale Carnegie’s strategies have probably helped him create his fortune.

But that is not the most important thing about following some smart social rules.

Social rules are basic for a happy life. Teach your children the principles of the book, and they’ll do better both in their careers and their relationships. I’m going through the principles these days on the Instagram account Moneyandfreedomwithstocks.

As Warren Buffett puts it: “If the people you want to love you actually do love you, you are a success.”

What good is all the money going to do it if you have no one to share it with?

Don’t forget to read the e-book that will set you free. You can get it here.