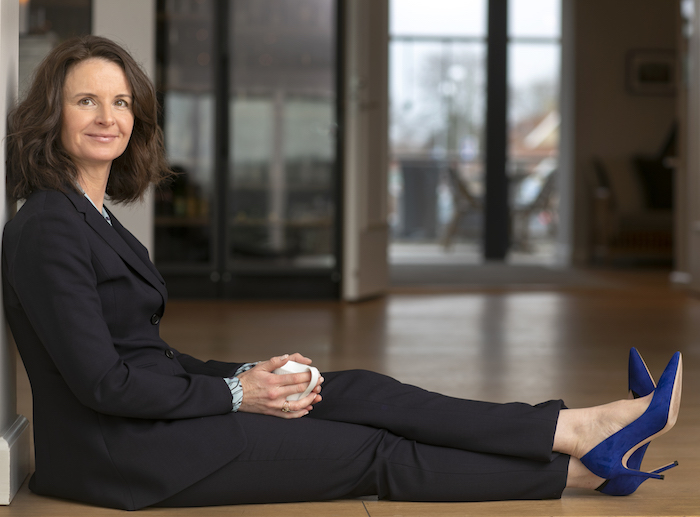 When you learn to invest in the stock market, you can take a major shortcut.

You can copy other people’s investments.

That’s exactly what Warren Buffett did when he first started out. He copied his professor Benjamin Graham’s investments, and later on, his investing technique.

Who should you copy, and how do you follow them?

No worries – I’ll give you my top 10 list of my favorite value investors and tell you how you can see what they’re investing in.

But first a bit of background that’s necessary if you want to imitate them.

There are two kinds of value investors: Quantitative and qualitative investors.

Quantitative investors invest in a lot of companies at the same time. They have hundreds or even thousands of companies in their portfolio.

They follow some kind of automatic system, and a computer decides what to invest in according to some specific numbers.

Benjamin Graham used to invest like this. Joel Greenblatt invests like this today. He is a renowned value investor – but he currently has shares in 1,044 companies.

We can’t expect someone with hundreds or thousands of investments to have looked at every company in detail – so we cannot use their investments as a proof of quality.

We have to look at the qualitative investors – those who look carefully at each investment and who go in big when they believe in the potential of a company. This is in line with the way I recommend you invest: follow a checklist and analyze the companies in detail.

How do you know if an investor is qualitative or quantitative?

First of all, look at the amount of companies they invest in. Some of the best investors only have a handful of active investments. However, some of them have many “practice shares”. This is when they only invest a little in companies that they are considering – so the total number of companies isn’t always fair.

It’s a better indication to look at their top five investments. If their top five stocks make up at least 50 percent of their portfolio, you are looking at one of our guys (sorry, there are no women on the list).

Where do you look at their investments?

The fund managers have to report their trades to the SEC at the end of each quarter. You can use the SEC’s website, but it’s a little messy. It’s better to use databases like:

If you haven’t heard about him before, you are definitely new to the blog.

I write and talk about Warren Buffett until I’m blue in the face, because he’s the best investor out there.

He learned value investing from his professor Benjamin Graham, who was a quantitative investor. Buffett took it a step further and created the qualitative style where you look carefully at what you invest in to make sure that you get the real bargains – and not the so called cigar butts or falling knives (investments that are cheap because they face a bleak future).

Buffett invests through the public company Berkshire Hathaway, and if you’re really lazy, you can copy him by investing directly in Berkshire (BRK/B). But remember, in all stock investments, you have to make sure that you buy the stock when it’s cheap. It can be hard to figure out when BRK/B is cheap, as it’s a complicated construction with lots of companies inside.

A good yardstick is to look at when Warren Buffett decides that it’s time for share buybacks. You can rest assured that he did some intelligent calculations.

Charlie Munger is Warren Buffett’s partner. Without Munger, Buffett would never have reached the level he’s at today.

Munger has lifted Buffett from being a doomsday-thinking, cigar butt investor to investing in so called Wonderful Companies (companies with a moat and a good management).

Apart from his influence on Berkshire Hathaway, where he’s vice chairman, Munger also makes some decisions about the portfolio of Daily Journal where he’s chair.

Daily Journal only has four investments: Bank of America, Wells Fargo, US Bancorp and Posco.

Bill Ackman is a different kind of value investor. He calls himself an activist investor. He takes a stand and gets actively involved in giving the management a direction.

He often invests in troubled companies and forces them to make some kind of big shift like like changing the management.

Bill Ackman is also famous for his spectacular bets on companies that he believes will fail. This is called short selling or shorting.

He became headline news when he warned against Herbalife, who he called a pyramid scheme and shorted. Rival investor Carl Icahn took the opposite position and began buying stocks in Herbalife to support the company and the stock price. The two investors had a very public fight about the company that aired on major financial TV-channels. Bill Ackman might have been right about his accusations, but Carl Icahn held a hand under the stock, and after five long years, Bill Ackman had to pull out of the bet in 2019 with a major loss.

He had a comeback early 2020 when he shorted the whole market, predicting the COVID dip of March 202o.

Shorting is not for the faint-hearted, and I warn private investors against shorting.

Bill Ackman makes it to the list anyway, as he has made some very sound long positions over time.

His portfolio only consists of seven companies, and top five make up 83 percent.

David Einhorn is a bit like Bill Ackman. He likes shorting, and from time to time, he makes some entertaining public accusations.

The minds of these two work a bit like investigative reporters who uncover scandals.

David Einhorn shorted Lehman Brothers in 2007, and he pointed his finger at the exact problems that caused them their downfall a year later.

He now shorts Tesla and uses Twitter to point out some dubious management practices. You can see his Twitter profile here.

He wrote the book Fooling Some of the People All of the Time about Allied Capital, one of the other cases he shorted.

When Indian-American Monish Pabrai sold his it-business and announced that he wanted to be a fund manager, his friends frowned. They thought he should have a “real” job and stop counting the fluff in his pocket.

Shame on them. Today he is considered one of the best investors in the world, and some people call him the new Warren Buffett.

He focuses on classic value plays where he identifies companies that are like free lottery tickets where the potential upside is big and where there is little risk of losing any money. He wrote about his investment strategy in the book The Dhandho Investor. I described it in a blog post here.

His fund currently has three investments that we know of: Micron, Seritage Growth Properties, and Fiat Chrysler. There is a little catch, though. We can only see the American companies that he owns more than 10 percent of, and he has a tendency to fly below the 10 percent threshold to avoid having to report it to the SEC.

Li Lu was one of the Chinese students who organized the protest in 1989 in Tiananmen Square. He had to flee China and received a scholarship to study at Columbia University – which happens to be the place where Warren Buffett learned value investing from Benjamin Graham.

Li Lu invested or traded his scholarship money and grew it to a million dollars, according to Charlie Munger.

Munger acts as his mentor and investor, and he’s not shy of boasting of Li Lu’s talent at Berkshire Hathaway’s annual meetings.

Some people speculate whether Li Lu will be one of the heirs to take over management of Berkshire Hathaway’s investment after Buffett and Munger.

Microsoft’s founder Bill Gates isn’t really a value investor, but I keep an eye out for his moves, as he’s a close friend of Warren Buffett.

Buffett has donated a large part of his stocks to the Bill and Melinda Gates Foundation Trust, and I imagine that Gates discusses any major investments with Warren Buffett – or at least runs them by him.

The Trust has a more dotcom-focused approach, which is hardly surprising, as we are dealing with Bill Gates. He has, among others, invested in Google and Amazon.

There are 23 companies total. The five major ones make up 72 percent of the portfolio. The biggest alone – Berkshire Hathaway – makes up 49 percent of the Trust – but that’s because Warren Buffett donates shares to the Trust.

Allan Mecham was sued by a local broker for having falsified his statements after the financial crisis. The broker didn’t believe that Mecham could have made a positive return when the rest of the market fell around 50 percent.

But the fact of the matter was that Mecham indeed did defy financial gravity.

You’ve probably never heard about him before, and that’s because he’s a shy investor.

He never gives interviews, he hasn’t written any books (seems like any investor with respect for himself will at least write one book), and he’s all in all very quiet. He prefers flying under the radar; he doesn’t believe publicity will help him. He has previously said that he fears attracting the wrong kind of investor if he is too much in the public eye.

There are online rumors circulating that he’s closing his fund due to health problems. The rumors first appeared in April 2020 when COVID-19 first began raging through the world. There’s been no public statement on the matter.

A look at his investments paints a picture of someone who might be closing down – or it could just be someone judging that the market is due for another drop. He has recently decreased most of his top positions from 1.5 billion USD to 688 million at the time of writing.

There are 16 different companies in his portfolio, and the top five make up 38 percent.

One of his large positions is Blackberry, remember them? They used to be a popular calendar phone whose sales plummeted when the iPhone conquered the world.

It’s hard to see any traits of a wonderful company in Blackberry (what’s it’s competitive advantage?). This kind of investment can only be explained with a traditional value investor mindset. Prem Watsa must have identified some assets, maybe technology, that’s worth more than the company’s valuation on the stock market at the time of purchasing the stock.

He has 59 companies in his portfolio, and many of them are very small positions (they look like practice shares). The five biggest make up 81 percent of his portfolio.

Seth Klarman is a truly legendary investor. A used version of his book, Margin of Safety, sells for more than 1,000 USD on Amazon.

Some people have speculated whether it’s on purpose that he doesn’t let won’t let his book be reprinted. Maybe it’s some kind of prestige having a book that has become a collectors item.

Seth Klarman understands a bit about selling and buying used stuff. His biggest holding is eBay, which makes up 21 percent of his portfolio.

Remember to run the investment ideas that you pick up from the top 10 through your own checklist, and remember to make sure you don’t buy the stocks too expensive. Even the most wonderful company can be a terrible investment if you buy the stock too expensive. You can learn how to invest like Warren Buffett and other top value investors right here.